A recent article in the Harvard Business Review indicates that today’s teenagers may not be ready to become tomorrow’s leaders, innovators, and educators—not because they lack technical skills, but because they are emotionally unprepared. The results come from work done by the Yale Center for Emotional 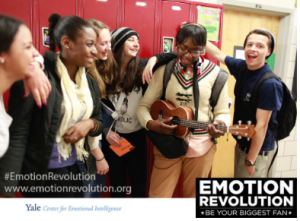 Intelligence focused on the future workforce.

Teens in the United States are under increasing levels of stress, even surpassing those of adults according to a recent study by the American Psychological Association. Their rates of mental health issues are five times that of teens 75 years ago. They attempted suicide at a rate higher than most countries. A 2013 survey of more than 123,000 students at 153 colleges indicated that half experienced overwhelming anxiety and about a third fell intense depression during the school year.

Employers are becoming increasingly aware how important the “non-cognitive skills”—motivation, perseverance, self-control, and the like—are to success in the workplace. These skills have been rolled up into the term grit after Angela Lee Duckworth gave a popular TED Talk on the subject or Emotional Intelligence (EQ).

Illinois is one of the leading states in the nation on SEL, and was the first state to adopt SEL standards from preschool to high school. The Yale Center for Emotional Intelligence has also created guidelines for SEL with a program called RULER. The Center has also partnered with Lady Gaga’s Born This Way Foundation to create Emotion Revolution with the mission to engage students in advocating for increased social and emotional learning to build positive school climates.