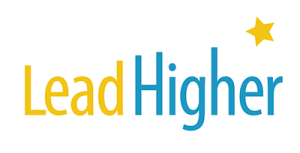 In its 10th Annual Report to the Nation, the College Board noted that while progress has been made between 2003 and 2013, low-income and students of color continue to be underrepresented in Advanced Placement (AP) courses. In Illinois, African-American students represented 13.5% of the graduates in 2003, but only 6.9% of those taking AP exams and 2.9% of those earning a successful score of 3 or higher. By 2013, African-American students were 16.4% of the graduates, but had improved to 11.1% of those taking AP courses and 4.6% of those earning a 3 or higher.

While the number of students of color participating in AP classes, as well as similar advanced courses like the International Baccalaureate (IB) program, has seen improvement, Illinois has become the first state to partner with the Lead Higher Initiative to continue to close the equity gaps in these advanced courses.

In selecting Illinois, the Lead Higher Initiative noted that the state has already been engaging superintendents on this issue. Also noted was the passage of legislation that requires all Illinois public colleges and universities to provide course credit to all students scoring a 3 or higher on an AP exam. As the initiative proceeds, Illinois will serve as a model for other states looking to improve low-income and students of color participation in AP and IB courses.